I decide to climb out before I dig myself any deeper into this hole.

I usually steer clear of mining companies. The value of these things is heavily dependant on the future price of whatever it is they are mining, and I feel like I really don’t have any particular insight into future commodity prices.

But I made an exception with Ero Copper. The company looked cheap based on the current prevailing price of copper at the time and a new mine that they were building promised to substantially increase their production once it was completed, making the stock look even cheaper. What’s more, multiple analysts were banging the drum on copper, saying that the electric revolution was going to drive strong demand at the same time as a lack of any big new discoveries would limit mine supply. These two forces could collide and produce sharply higher copper prices a few years down the road.

I did have some misgivings, but the pros seemed to outweigh the cons and I bought in towards the end of March.

My timing was almost comically terrible… 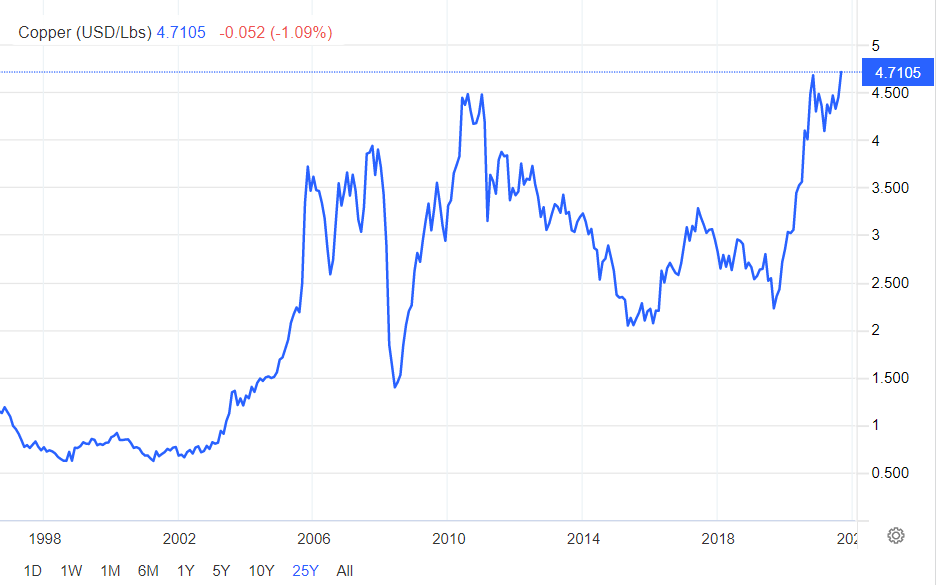 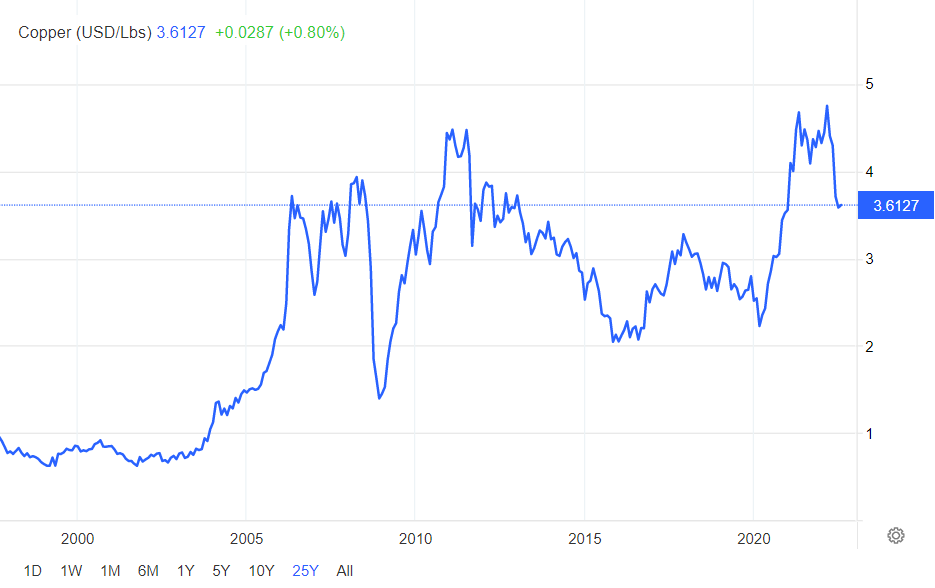 Lower copper prices mean lower profits. But so too, do higher expenses. Inflationary cost pressures have dulled the shine on this formerly low cost producer. The combination of higher operating expenses and lower realised copper prices have cast a great deal of shade over this company’s profit profile. Problems with their largest domestic copper customer have weighed on results as well. I’ve had to slash my earnings estimates in half and I worry that this could just be the beginning.

Some nagging concerns that were in the back of my mind when I bought this stock have come very much to the forefront. Back in March, I wrote that a collapse in the Chinese property market could take the wind out of worldwide copper demand for years to come and that, shorter term, a global recession wouldn’t help matters any. Five months on and I believe we’re dealing with the real possibility that both of these events are about to transpire.

PMI readings are flashing recession warnings. GDP numbers in the US have been negative for the past two quarters. Inflation is taking a bite out of people’s pocketbooks and this is driving consumer sentiment through the floor. Housing is slowing down. Soaring costs for electricity and natural gas in Europe promise a very hard winter. They call copper, “doctor copper” because of its ability to forecast economic slowdowns (as if it possessed a PhD in economics). Copper’s price decline up to now has reflected the economic weakness we’ve seen this summer. If economic conditions continue to deteriorate over the course of the fall and winter then the price of copper could have further to drop.

The other big red flag is the ongoing troubles in the Chinese real estate sector. China accounts for 50% of worldwide copper demand and much of that goes into its housing sector. People have been calling the Chinese property market a bubble waiting to burst for years now. With China’s population rapidly aging, perhaps the bears will finally be proven right. Reports of failing property developers and mortgage holders reneging on their mortgages are not encouraging.

What’s more, the predicted shortage in the supply of copper as we electrify our economy has been pushed out several years into the future. As covid distortions subside and mines resume normal operations, copper supply has come surging back. Analysts are now forecasting a significant glut of copper production over the next 2 years that will lift the worldwide supply of copper by 20-30% at the very same time as demand may be hitting the wall. Increased supply and reduced demand could see copper prices plummeting further in the near term.

Do You Feel Lucky, Kid?

The question I kept asking myself was, “Do I have the conviction to stick this one out for the long haul?”. Factoring in the higher operating costs Ero Copper has manifested recently, I come up with an estimate of around $0.90 – $1.00 USD in EPS ($1.20-$1.30 CDN) at the current price of copper ($3.60 per pound). If copper were to fall to $2.50 a pound, the level it was at before the pandemic started, then I would expect the company to start losing money.

A copper price dropping to pre-pandemic levels seems plausible to me right now, considering the many headwinds that have blown up in the past 5 months. Do I have the stomach to tough out a period of red ink, hoping for an eventual recovery on the other side? It was a difficult decision, but in the end, I decided I didn’t have the heart for it. This is not the cross I want to die on.

At the current share price, I can get out of my position in Ero Copper without taking too much of a beating. Especially considering the degree to which the short-term picture has deteriorated, I’d even count myself lucky in this regard. If I try to tough it through the worst of this, I suspect I might have to face a significantly greater loss before things get better.

Longer term, there is still an interesting story to be told here. Fast forward a few years and you might have significantly higher production as their new mine comes on stream. If the current economic turmoil has faded into the history books by then, if the Chinese renew their love affair with empty apartment buildings and if the green transition continues to gather momentum, then this could still be a big winner. But there are a number of big “ifs” there.

I don’t make a very good speculative investor. I want a bird in the hand and money in the bank. I am going to exit this position while I still can, with some shred of dignity, and leave the commodity price tea leaf reading to other, more capable human beings.

Perhaps Ero Copper will lure me back in at some point. But for now, I’m out. I sold my position today in the low $13 (CDN) range. I’ll be on the lookout for a worthwhile replacement as I review second quarter results over the next few weeks. Although, given the rapidly deteriorating market outlook, I won’t be too upset if I come up empty handed.

Full disclosure: I do not own shares in Ero Copper.